Back In The Dirt

It's impossible for me to overstate what a fantastic time of year it is to ride a bicycle here in the New York City region.

As you know, for the past week I've been deep in a Fredly spiral of frenziedly comparing road bikes, attempting to parse the subtleties of vintage titanium, modern crabon, and prototype aluminum by riding more or less the same route over and over again.  And while I love riding road bikes, and I'm also quite fond of the route on which I've been riding, I was long, long, long overdue for the type of mixed-terrain Lycra-free ramble that reminds you what life is really all about.  And that's what I did today: 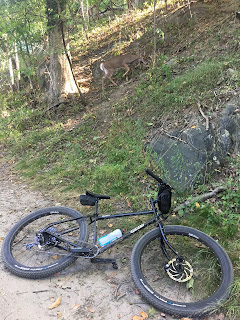 What's best about this time of year is that not only are the trails dry, but the atmospheric conditions are such that you can head out in shorts and a t-shirt without drenching said t-shirt in sweat.  Also, while I certainly needed a change of pace from road riding, all of those Fredly miles I've been cramming in this week made my legs feel rather snappy, so between that and the near-perfect weather I felt like I could have ridden all day.  However, I cannot ride all day owing to my familial responsibilities, and so I settled for riding here: 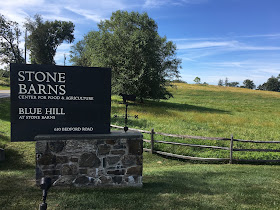 Where I parked my bike in its customary spot and treated myself to $20 of locally-grown, farm-to-table, kitchen-to-douchebag artisanal foodstuffs: 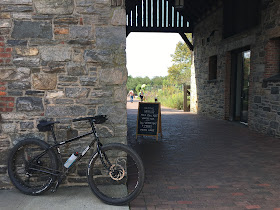 In all, the ride was just under 50 miles of dirt trail, quasi-secret singletrack, and rolling road, and it would make a fantastic Fondon't course if I ever got it together to lead one again.  And of course the star of the ride was the Jones LWB, which allows you to easily string together terrain that might otherwise be mutually exclusive--and yes, it even feels great on the road.

Speaking of the Jones, last Friday was the deadline for submissions to the Jones SWB giveaway competition, and you'll be pleased to know I've now narrowed it down to three (3) contestants: 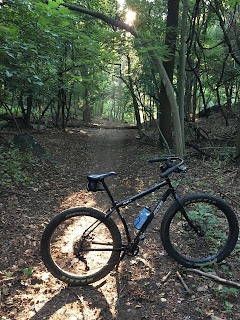 I'm not going to share those contestants with you, because I don't want anybody attempting to corrupt the decision-making process by offering me bribes.  Instead, I will do much soul-searching over the weekend, and on Monday I will announce the winner.

I'm sure you can hardly wait, even though you didn't win.
BikeSnobNYC at 2:54 PM